Well done to all the children who played in our netball league this season! It was a fantastic season for St Mary's winning all but one game!

What a game! A very close game ending with 15-13 to Arnett Hills.

What a FANTASTIC start to the season! St Mary's won 20-0. It it great we have a Y6 netball team this year!

Keep up the good work!

What a game! A very close game ending with a 4-3 win to Arnett Hills. The St Mary's team showed true determination and resilience.

A cold but very successful game. The St Mary's netball team secured a 13-3 win. Well done to the team who worked very well together. It is great to see the progress the team have made. 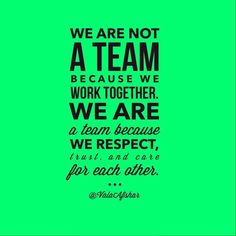 The second game of the season ended with a win. The netball team worked extremely well together. Miss Warne was very impressed with the skills the team showed. We won 4-1.

Well done to the team that played!

Well done to St Mary's Netball team for the first match of the season. The team showed great determination and resilience. We kept on working hard till the end but unfortunately lost.

Well done to all the children who played in the Three Rivers and Watford School Sports Partnership netball final.

We came 3rd in the partnership - a fantastic achievement!

CONGRATULATIONS TO ST MARY'S NETBALL TEAM - WE ARE IN THE FINAL!

We have played all our netball games in our local league. They have grown as a team this year, showed resilience, determination and sportsmanship. As a team they have won all their matches! We are now awaiting on the final result to see if we made it into the final round! Fingers crossed!
Top
Cookie information
Cookie Notice